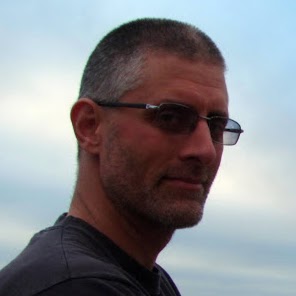 Steve Abedon is an Associate Professor of Microbiology at The Ohio State University, where he has served on the faculty, primarily as an instructor of undergraduates, since 1995. His principal research interest is in the evolutionary ecology of bacteriophages, a.k.a., phages, which are Earth’s most prevalent category of viruses, while viruses are Earth’s most abundant category of ‘organisms’. This interest he pursues from both basic science and applied perspectives, organismal evolutionary adaptation and the use of phages as ‘antibiotics’ – phage therapy – respectively. He sees the core of his scientific training as being in biochemistry, having received his BS in that subject, but overlain with a strong tendency to explore issues of organism-level phenotype and ultimate causation.

In the going on 30 years since receiving his Ph.D. – in Microbiology with a minor in Ecology and Evolutionary Biology (University of Arizona, 1990) – he has published roughly 100 articles, chapters, and other ‘citable units’, many of which are open access. The latter includes involvement in the editing of six volumes, one as contributing editor (“with editorial assistance by…”, The Bacteriophages 2/e, 2006, Oxford University Press), one as sole editor (Bacteriophage Ecology, 2008, Cambridge University Press), one as co-editor (Hyman and Abedon, Bacteriophages in Health and Disease, 2012, CABI Press), one as editor of a special topics issue of the journal Current Pharmaceutical Biotechnology (The ‘Nuts and Bolts’ of Phage Therapy, 2010, Bentham Scientific) and two as co-editors of Frontiers in Microbiology special issues (Viral Ecology and Disturbances and Phage Therapy). He has also published one book (Bacteriophages and Biofilms, 2011, Nova Scientific) and has drafted three textbooks (Microbes and Evolution, Biology as Poetry: Introductory Biology, and Biology as Poetry: Human Biology) plus two lab texts which he uses in his teaching.

In addition, he founded, in 1996, the Bacteriophage Ecology Group (phage.org), an ensemble of all things phage ecological, and also runs phage-therapy.org and biologyaspoetry.com websites. See also his YouTube channel and his Facebook phage ecology blog. In his spare time he cooks (mostly Schezuan Chinese-inspired), tends to his family (two children and loving wife), takes care of his ‘farm’ (when there isn’t any snow about), hikes, bikes, plays tennis, and otherwise skis as much as possible.