In the 90s there was a notion that was inexplicably popular in the literature (Folk, 1993; Folk and Lynch, 1997; Pedone and Folk, 1996; Sillitoe et al., 1996; McKay et al., 1996; Vasconcelos and McKenzie, 1997; Kajander and Çiftçioglu, 1998), and still stubbornly held by some, that the distinct structured particles under 150 nm in size commonly found in the geological record associated with putatively biogenic rock constituted a new form of “nanobacteria,” despite being too small to support living systems and based on often poorly labelled micrographs. How much the controversy this engendered unknowingly recalled the classical extended fights over Martinus Beijerinck‘s contagium vivum fluidum and the original discovery of viruses may seem obvious only in hindsight, but a new paper now convincingly argues that many of these particles may indeed be fossilized viruses of microbes,

While the authors seem primarily concerned with how viruses could affect the chemical formation of geological features, if real, this has the exciting potential to allow us to track the evolution of viral morphology through geological time. 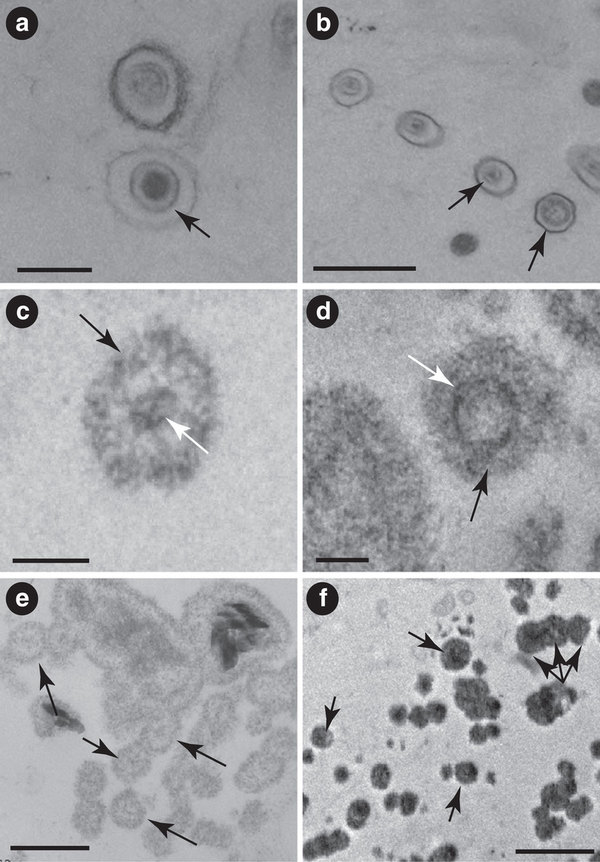